If you’ve been wondering how much caffeine you’re consuming in your coffee, here’s a basic guideline: The average 8-ounce cup of brewed coffee prepared using a drip coffee maker contains 95 mg of caffeine.

But there are other factors that affect the amount of caffeine in your cup, namely the type of coffee bean and brewing method. So how much caffeine is in your favorite cup of coffee? 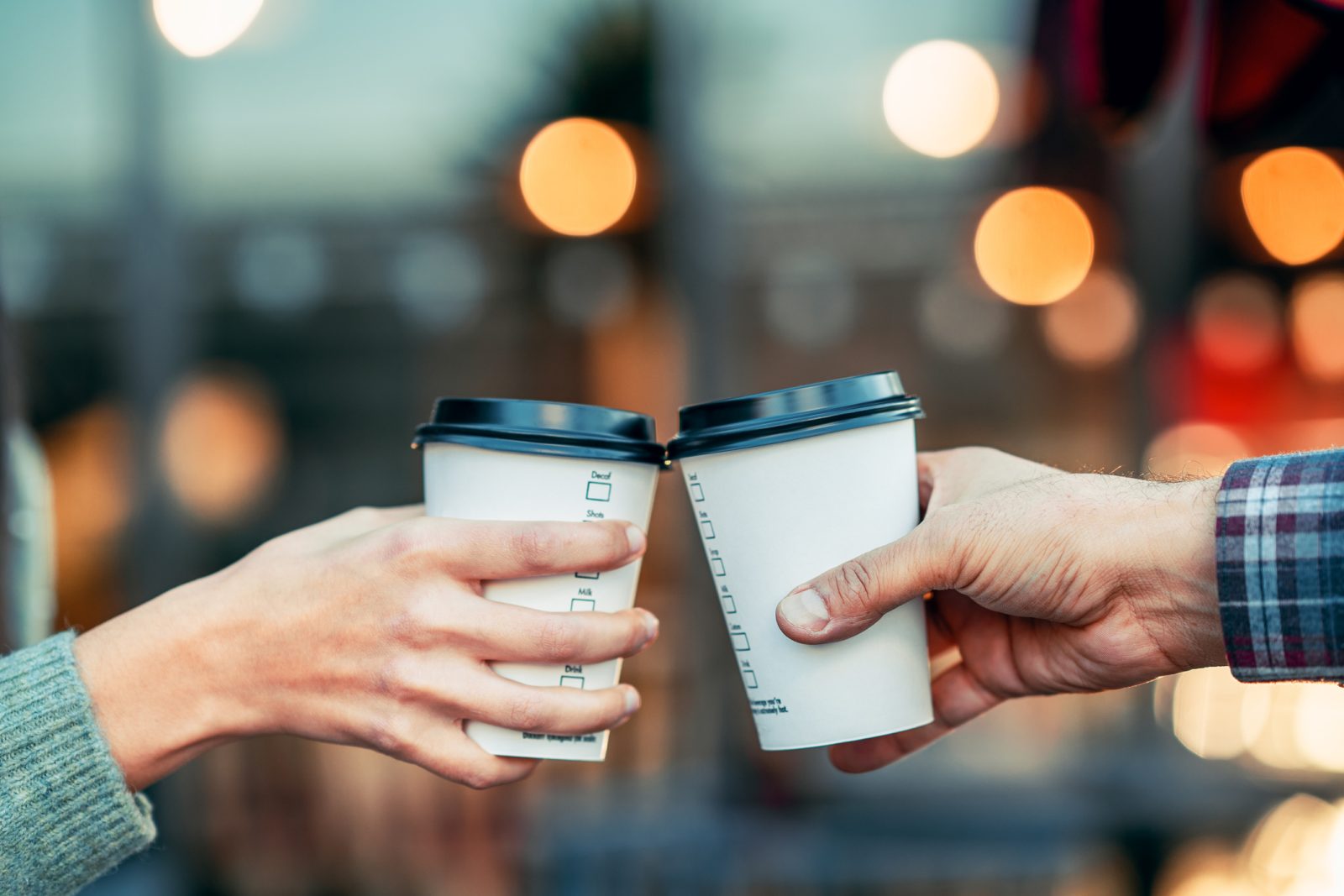 Most of us have strong preferences regarding how we like to brew coffee at home. The brewing method affects not only flavor, but caffeine content as well.

Here’s a look at a few of the most popular brewing methods and the average caffeine content of coffee brewed using each process.

With this brewing method, hot water passes through ground coffee contained in a filter. Both drip and pour-over brewing use a filter.

Pour-over brewing gives you control over the water temperature.

Using a French press, the flavors and compounds of the coffee grounds are extracted aggressively due to their constant infusion in hot water. The longer the grounds are steeped, the higher the concentration of caffeine.

Espresso is a concentrated form of coffee brewing that uses high pressure to force (express) hot water through finely ground coffee. The pressure allows the coffee to be extracted rapidly and leaves a high density of soluble oils in the coffee.

Caffeine In A Cup of Coffee Is In The Beans

Similarly, coffee beans that are grown at higher altitudes, where insects are fewer, produce lower amounts of caffeine.

That’s why the type of coffee bean makes a difference in the caffeine content of your coffee. Arabica beans, for example, which grow at higher altitudes, typically contain less caffeine than Robusta beans, which are grown at lower altitudes.

Caffeine On The Go

Whether you like your coffee with an extra jolt or prefer a milder caffeine experience, you’ll find some significant differences among the brews offered by the major coffee shops. Here’s a look at a few of the most popular locations.

Although people often think that darker beans contain more caffeine than lighter beans, that assumption is largely untrue. Roast and bean color (along with grind) play their biggest role in flavor, not caffeine content.

A 16-ounce cup of Dutch Bros coffee contains about 260 milligrams of caffeine.

These two regional convenience store chains are favorites among coffee-drinkers. At Wawa, a 16-ounce cup has a total of 290 mg of caffeine, while Sheetz comes in somewhere around 142 mg for the same size.

McDonald’s sells coffee all over the world. However, despite being one of the biggest fast food chains that sells coffee, they do not standardize or calculate the amount of caffeine in their coffee.

Published estimates place the caffeine content somewhere around 145 mg for a 16-ounce cup.

If you prefer brewing your coffee at home, you’ll find a vast array of bagged coffee choices – with a wildly varying range of caffeine. Health experts agree that 400 mg of caffeine per day is a safe amount for most adults, so you’ll want to carefully consider some of the high-caffeine coffees before downing a few cups.

Topping the high-caffeine list is Black Label by Devil Mountain Coffee Company with an astounding 1555 mg of caffeine in a 12-ounce cup.

One of our favorite brands, veteran-founded Black Rifle Coffee, contains about 200mg of caffeine, which is more than twice the amount of caffeine in a cup of regular coffee but pales in comparison to some of the other high-caffeine brands.

How Much Caffeine Is In A Cup of Coffee Summary

If you’re looking to reduce – or eliminate – caffeine from your coffee intake, know that even decaffeinated brews still contain caffeine, about 2 mg per cup. 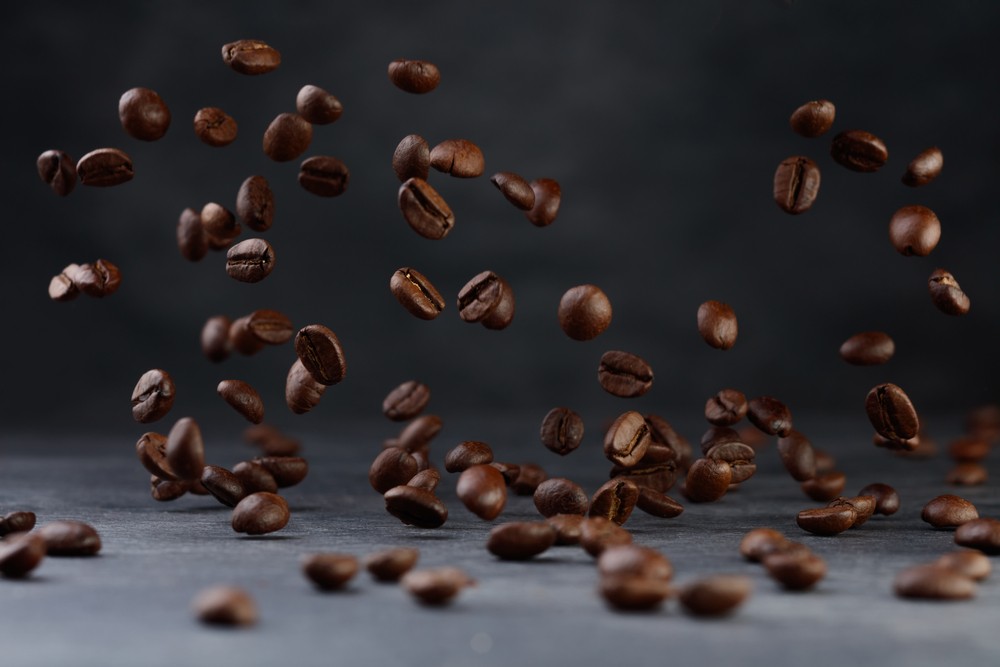 Getting ready in the morning for work can be a challenge, especially if you have kids. For most, brewing fresh coffee is an essential part of the morning routine. So the question remains, can I freeze coffee beans to preserve a better taste? The answer is yes, as long as you prepare for a slight… 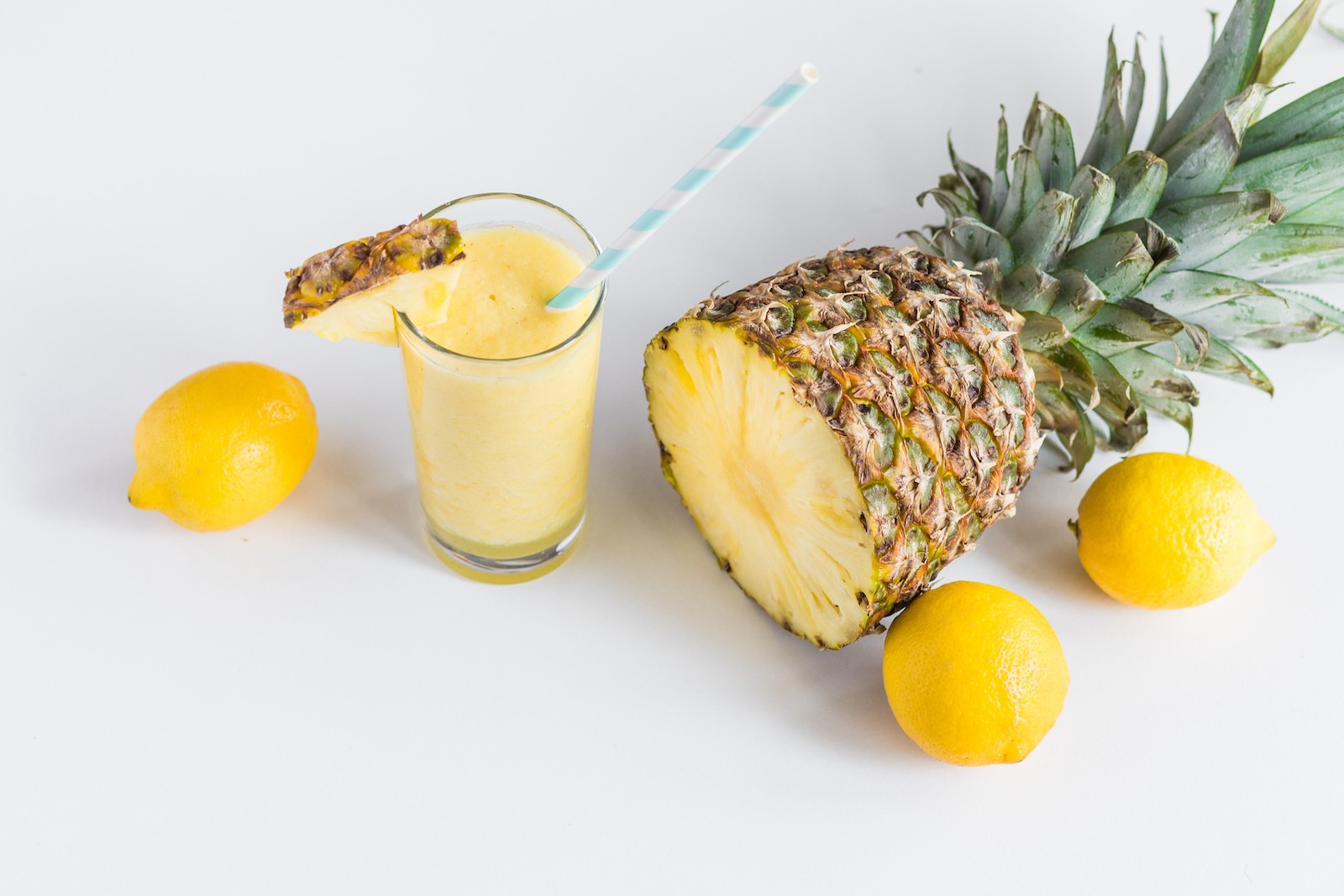 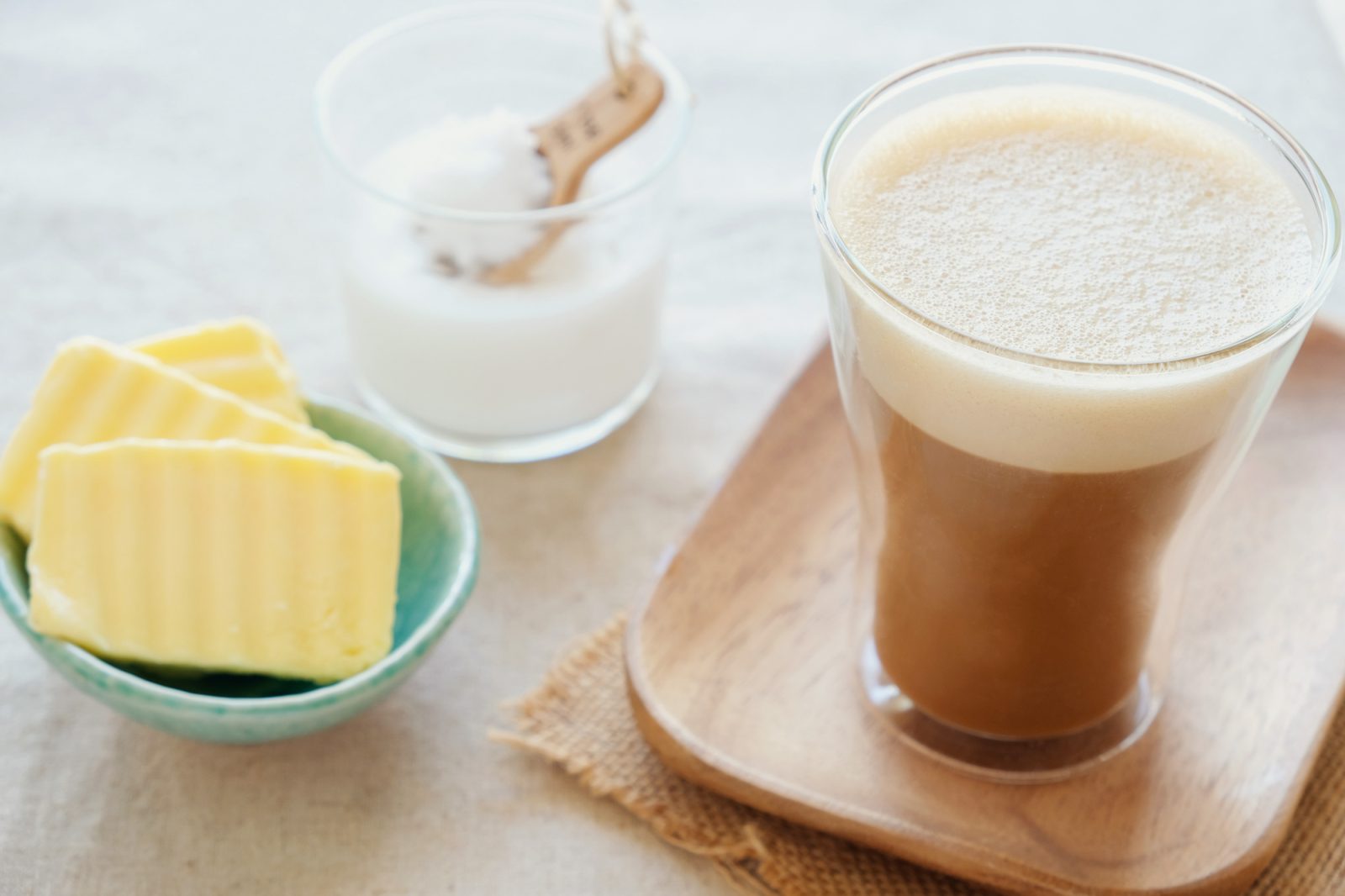 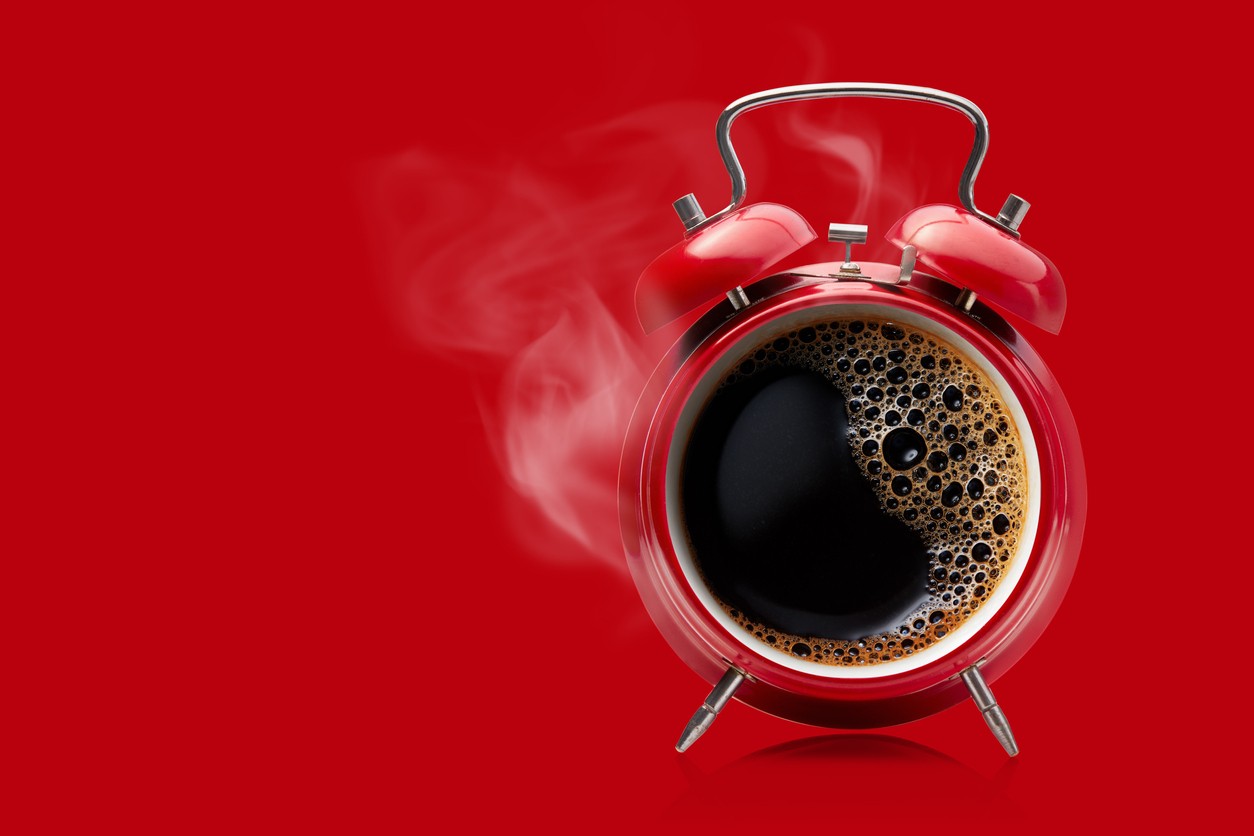 Your alarm goes off. Time to start the day. And time for coffee! However, first-thing-when-you-wake-up isn’t the best time for you to have caffeine. Wait At Least An Hour (Or More) Cortisol, the “stress hormone,” regulates metabolism, immune response, and blood pressure and makes you feel alert and focused—it’s secreted by your adrenal gland when… 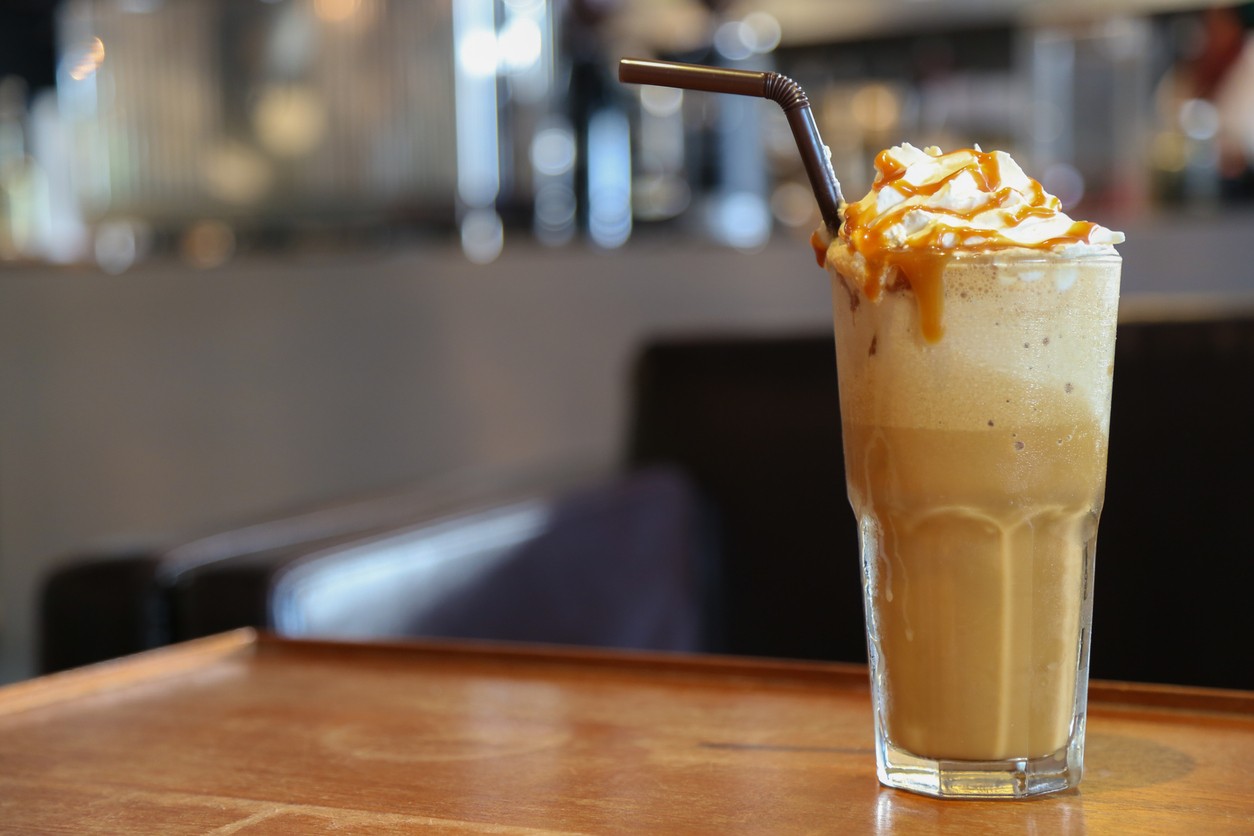 This is an incredible sweet refresher for those who may not be the biggest fans of hot coffee or just want to chill out on a warm summer day. Iced Caramel is a really popular flavor among many teenagers and young adults because of its sweetness and creamy taste. The summer heat makes us want… 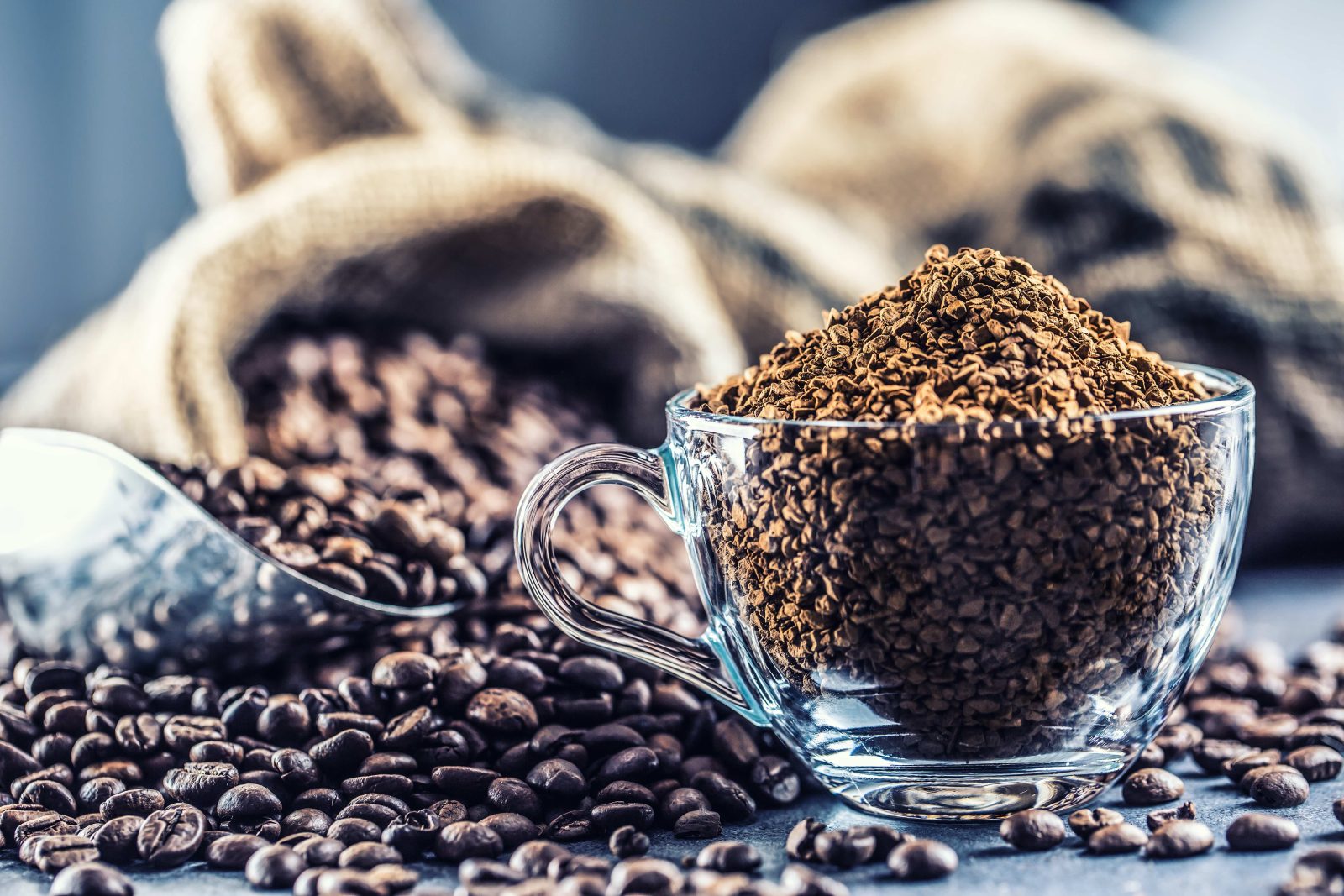 Chances are you’ve heard of dalgona coffee by now—the recipe is one of the most sought-after iced coffee recipes on the internet today, averaging more than 34,000 Google searches per month. We thought we would give it a try and find out what the hype is all about—whipped coffee style. What Is Dalgona Coffee? Known…